PAHA is committed to creating communities that encourages multi-family community living and supports cultural preservation and sharing across generations. PAHA works with families, elders and veterans to explore their housing options through several federal programs that are income based or specifically for American Indians. Read more about PAHA’s housing and community development projects in its annual reports.

For questions about PAHA housing activities, contact the PAHA Housing Service Department at 505-552-7528 or visit the Departments page for staff emails.

The Pueblo of Acoma Housing Authority (PAHA) utilized low-income housing tax credits that was awarded in 2016 to design, award and construct the Cedar Hills multifamily housing development that includes 30 apartment units. There are 16 two-bedroom, two bath and 14 three-bedroom, 2 bath apartments. Two apartments are ADA compliant; one apartment is visual and hearing impaired compliant; and 27 units are ADA B compliant.

Designed by Travois Designs and inspired after the Pueblo of Acoma’s Sky City, the Pueblo’s original village located on top of a mesa, Cedar Hills is lined with townhomes in a U shape with a gathering area in the center that includes a 1,352 square foot community building, a playground and picnic area, a full-court basketball court and an open recreation space with a bike and walking trail.

“The design gives the traditional style with a modern twist. It was extremely important to PAHA that the project incorporate the aesthetics of the Pueblo architecture, even down to matching the color of the stucco with the traditional mud.” 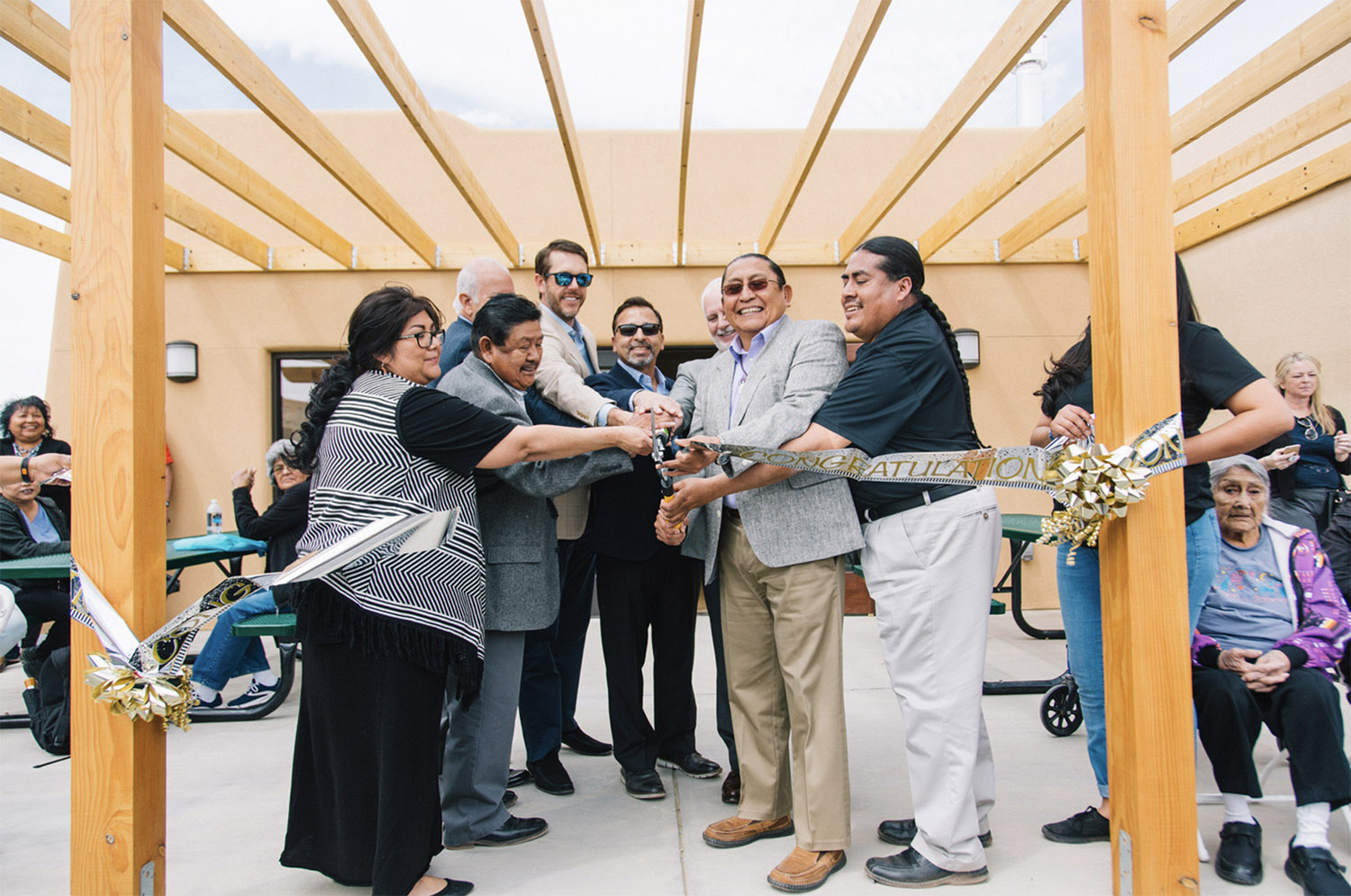 PAHA rehabilitated a home for an elder and disabled family members who had difficulty entering and existing the home. PAHA used Indian Housing Block Grant funding from 2018 to remove the existing sidewalk, compact the ground, pour new concrete landings and ramps, and install handrails. The rear entry of the home rehab included pouring new concrete landings and ramps, installing handrails, and backfill around the new landings and porch. The project amount was about $9,000.

The Pueblo of Acoma Housing Authority (PAHA) collaborated with the Pueblo of Acoma Utility Authority, the Indian Health Service (IHS), and New Mexico Environmental Department (NMED) to construct 16,288 linear feet of four-feet wastewater line from the Skyline wastewater lagoons to the west Acomita. PAHA used Indian Housing Block Grant (IHBG) funding from 2016 for the year-long project that included stalling clean outs every 1,000 feet, installation of wet well, grinders, pumps, diversion manhole, air relief valves and SCADA monitoring and alarm system. The project was designed and inspected by IHS. Design and inspection fees were paid by NMED and PAHA paid for all construction. The total project amount was $806,185.57.